Lately I’ve been thinking about Henry Crowther’s magic lantern slides of ancient Cypriot ceramics, and regretting those which no longer survive in the Leeds City Museum’s collection. These images are the shadows which remain of objects which have been lost, deaccessioned or destroyed.

For example, this lentoid flask with a single strap handle is marked ‘Enkomi, Cyprus’. 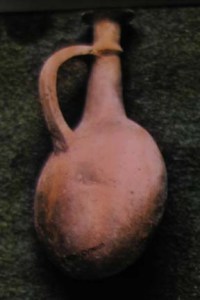 This means it’s almost certainly the one sent to the Museum of the Leeds Philosophical and Literary Society by the British Museum in 1902, described by A.S. Murray, Keeper of Greek and Roman Antiquities, as a ‘flat-bellied flask of plain red ware.’

There are two tankards, one with two bands of incised decoration and a thumb-grip, the other with a raised band below the lip and a simple loop handle. The colours are rather deceptive as they were added by hand by Miss Violet Crowther, Henry Crowther’s daughter, but suggest that both of these were of red ware. 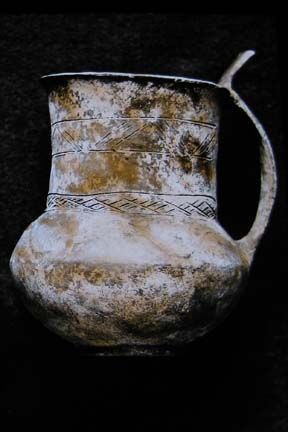 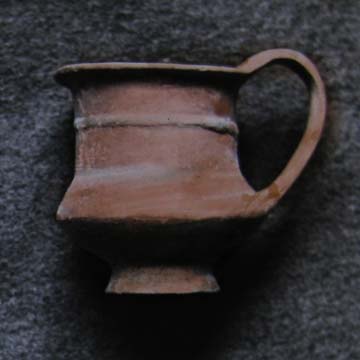 There’s a dish with a small loop handle and painted decoration, which looks quite heavily restored, judging by the cracks and the gap in the pattern. The decoration looks like stylised Bronze Age helmets, though I’m not entirely sure… 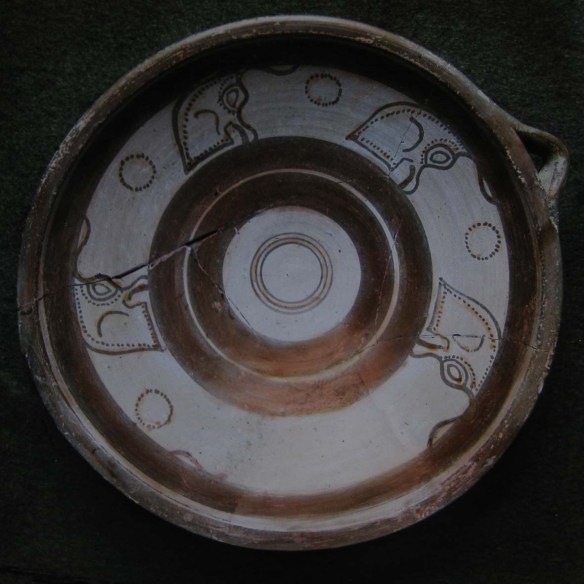 There are also some lamps, including this three-wicked example; I particularly like the leaf-shaped projections near the handle. The vine-and-grape decoration, with a long-haired head in relief, presumably indicates Dionysus and perhaps suggests it was for use in a banqueting setting. 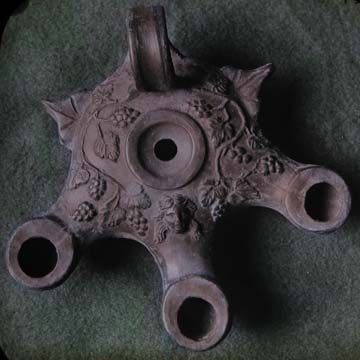 I’m intrigued by the decoration on this smaller lamp, which seems to show an eagle holding an ear of wheat in its beak. I’m not very clear on the symbolism, but this may be associated with the god Baal; I haven’t seen anything quite like it before.

Lamp with ?eagle and ear of wheat.
© Leeds Museums and Galleries

Most of these probably perished in the Second World War bomb, but it’s just possible that some may turn up one day; we know that there are quite a few objects currently with Artemis, the School Loans Service. I’ll certainly be looking out for them!